Otherworldly Giants is a new musical currently in development, written & directed by Shaunga Tagore. Five outer planets come to life in a parallel universe during the time of the Great Unraveling. Pluto, Jupiter, Neptune, Uranus and Saturn learn what it means to love, lose, and lead in the face of death and apocalypse.

Learn More About Otherworldly Giants, The Musical & Our Current Project: 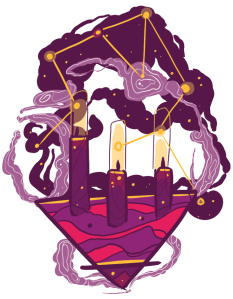 Shaunga Tagore is an astrologer, writer, performer and producer based out of Toronto, Ontario. Big thanks to Jenny Chan & Lilly Garcia for the stellar website design, and to Melisse Watson for the spectacular illustration and artwork throughout the site.